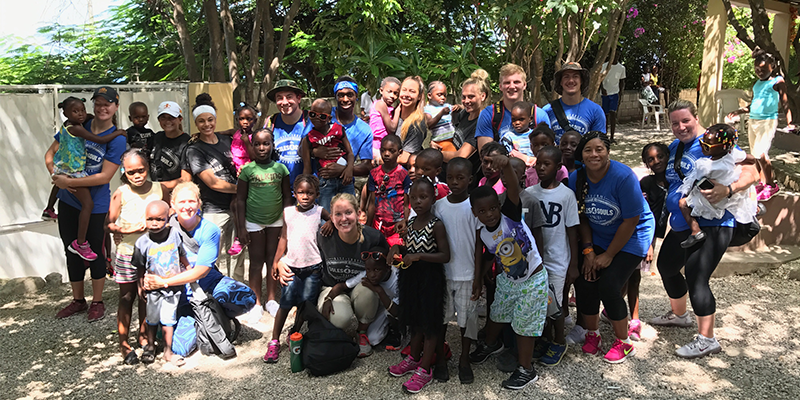 This Thanksgiving Season, a Group of Children Help Us Redefine Gratitude

“None is more impoverished than the one who has no gratitude.” Fred D. Van Amburgh

Soles4Souls works in some of the world’s most impoverished areas, where 900 million people survive on less than $1.90 per day. These are the places where it’s often hard to find something to be grateful for. Children are poverty’s most vulnerable victims, robbed of even the most basic necessity—an adequate pair of shoes—and displaced from that magical place reserved for the young.  But it’s also children who show us the wealth that only comes from within.

This summer, we reached many of these areas thanks to a huge network of supporters who share our vision of disrupting the cycle of poverty—from local partners who helped us serve those who need it most…to groups of students, co-workers and friends who traveled with us…to individuals giving of their time, talent and treasure.

Together, we gave the gift of new shoes to thousands of children—a gift that protects them from cuts, injury and potentially life threatening soil-borne diseases; and allows them to go to school, as shoes are a requirement for attendance in many countries.  And along the way, we realized these children are rich in the bounty of gratitude despite being displaced by the cruelty of poverty.

Displaced, for example, from their homes. Take a camp for internally displaced persons or IDPs in Nigeria (the fact that there’s an acronym for people who have been internally uprooted speaks to the gravity of the problem). You’d think the children here, who have endured gruesome terrorist violence and take refuge in a makeshift city, would have little to smile about. But when our partner Andrew Lovedale gave 11-year-old Musa (and nearly 2,000 other children) a brand new pair of sandals, his lips beamed with happiness as he exclaimed “these are nicer than any shoe I had before and I’m excited to wear them to school.”

Or displaced from their families. Orphanages like Maison D’Espoir in Haiti care for children left behind by fate or circumstance. How could a child like four-year-old Manika connect with another human being after losing her father to an accident and her mother to neglect at 15 months? And yet when a group of volunteer student athletes from Iowa State University joined us in giving her and the others brand new, colorful shoes, she gave them back their love tenfold. And after the shoe distribution, this new family played as all families do: a game of soccer in 110 degree weather that took every ounce of energy from the fit players (though the little ones seemed to be just fine!), a sing-along to the strings of an old guitar and a big treat—a long desired but unattainable trip to the nearby beach.

Or displaced by the elements. That’s something that strikes particularly close to home given the recent hurricane devastation in the U.S. and Caribbean (another top priority for Soles4Souls). Children living in rural communities like Santiago in Honduras go through a lot just to get to class. While distributing school shoes to them a few months earlier, we learned just what that means—cutting across two rivers and walking up to five miles. Lacking multiple pairs, they make the trip either using their new shoes (which will be quickly damaged) or barefoot (a dangerous proposition on slippery, pointy rocks). Not much of a choice, especially in the rainy season. So when a group of donors (aka Operation Boots on the Ground) helped us give them shiny new rubber boots that protect their feet and education, their eyes lit up brighter than the sun.

A great summer all in all!

The leaves have now turned and we find ourselves in another season—a season of thanksgiving. As an organization, we are grateful for another summer of service and for those of you who made it possible. Thank you.

But there’s still much more to be done. Today, I ask you reflect upon what you are grateful for and—in that spirit—join our mission to help those who need it most.