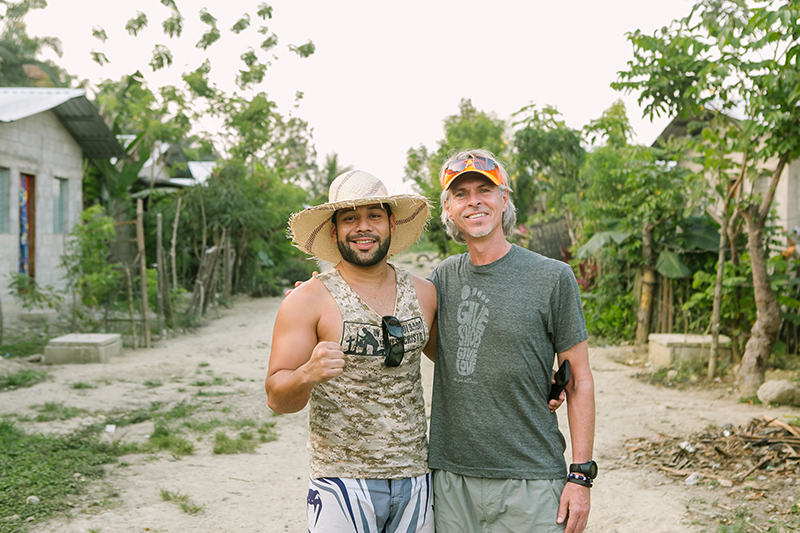 From the blog of our president and CEO, Buddy Teaster
I have learned more over the last few years than I have since becoming an adult, I think. The process of getting Soles4Souls back to good health, focusing on our vision of disrupting the cycle of poverty, bringing in new leadership to our board and most fundamentally, understanding what it means to live in poverty of places like Haiti and Honduras. The unrelenting challenge of finding enough to eat, a safe place to sleep and drinking water that won’t make you sick. Yet, the hope and determination the majority of these people have in making sure their kids have a different set of options is what has shined through every time.
These micro-entrepreneurs have one thing in common to achieve those better outcomes, and that’s being in the shoe business. But aside from that, every local market is local (I know, brilliant insight) and that means not much of that knowledge transfers from one country to the next.
A big learning for our work in Honduras is that there is not the same open air market culture in Honduras, for example, as in Haiti. Also, there’s very little price negotiation…Honduras is much more like the United States in that sense. So when our partner and the entrepreneurs in El Progreso said they wanted to open a store, we were pretty skeptical. We worried about the added costs, how people would learn about the location, less flexibility, etc. But, that’s why we have local partners like Raul Carrasco who guides us rather than make decisions from the comfort of Nashville, TN.

They opened their store last October, after selling in an ad hoc way in several locations, as a training exercise. Many of these women were brand new to business. Even Vanessa, the woman who has emerged as the leader of the shoe project from the impoverished village of Los Olivios (read her story here) had to learn about pricing shoes in order to make a profit…we started at the most basic level.

Very quickly, however, the women got the hang of it and in the first few months generated more than $10,000 in sales in those first few months. Yes, they had to pay for the shoes and rent but in a country where the per capita income is less than $2300/year, this was enormous progress!
Just as quickly, they realized they were in a pretty lousy location. The plan originally had been to use that space as storage, not retail. They made it work but new if they really wanted to be successful, they needed more foot traffic. As I said, they figured out this business thing in a flash.
In December, we had a chance to see where they planned to move. The negotiations weren’t quite done but they were confident. Over the last few weeks, the place has been transformed. One major change is that the men of Los Olivos were a part of the process. That’s not been the case until now so the fact that the men built shelves, helped paint and repair the walls and make the store look welcoming is a big deal. Already, the women are seeing more traffic (the location is killer!) and posting pics in an effort to increase awareness and get people to their “nueva tienda” of which they are so proud, and rightly so!

One of the iron clad rules of the universe is the law of unintended consequences and it’s usually invoked to talk about the bad things that happen. However, there are good outcomes as well. In Haiti, we saw the Haitian American Caucus be so successful that they were able to expand their school way ahead of schedule. In Honduras, these women are not only growing their business but getting the men of the village involved in the project, not criticizing it or just living off the women’s hard work, is a benefit that none of us saw coming.
Here’s to more good unintended consequences!