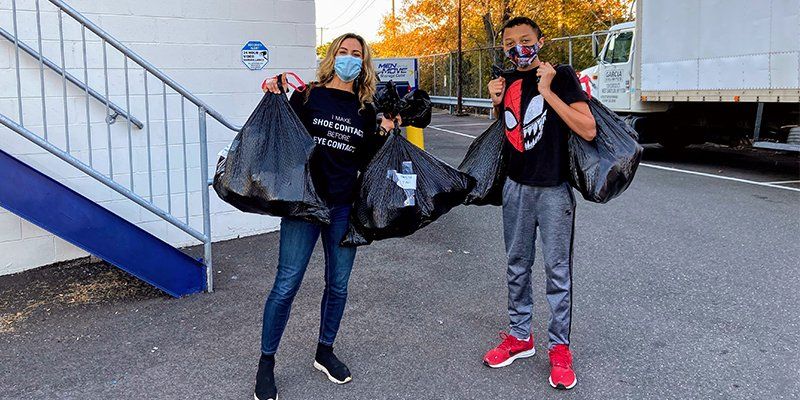 Last month, Life Scout Michael Mass of Kings Park, New York, completed his Eagle Project, collecting 2,031 pairs of shoes and $850 to fund his project for Soles4Souls. A few drive-up shoe drives, school collections, and car wash fundraisers later, and he’s completed his goal. Dedication and working hard aren’t new for Michael though, as he’s used to achieving what others may deem as “impossible.”

At five years old, Michael was adopted out of foster care, and could only speak a few words. He was diagnosed with autism spectrum disorder, dyslexia, sensory integration disorder, speech apraxia, auditory processing disorder, low muscle tone, and a list of other disabilities.

“Starting at three years old, I had so many therapies that I was up at 6 am and didn’t end until at least 11 pm each night. All this work was done just to have the possibility of being considered on the low end of average,” said Michael.

Doctors didn’t think he would ever be able to speak– but he proved them all wrong.

“Not only that, I read and write, too!” said Michael.

Michael shared his story of what all he experienced as a child, and how that has inspired him to “help others with impossible things, too.” 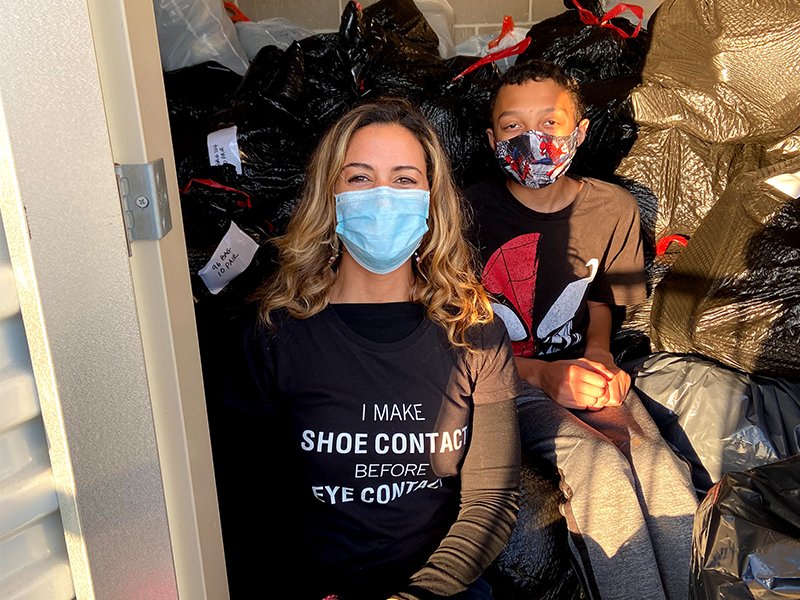 Through his Eagle Project, Michael was inspired by the idea of being able to give those experiencing poverty opportunities– opportunities to go to school, create jobs, and feel empowered to break the cycle of poverty. In countries like Haiti and Honduras, 2,031 pairs of shoes can provide a year of food, shelter and education for three families.

“Working with Michael on this shoe drive has been such a fun experience! Michael completely owned this project, coordinated every little detail – from the higher-ups in his Troop to the coordinators at his school, and took every challenge with a great attitude. He truly showcased how shoe drives at the community level should be run,” said Lydia Dowdell, Director of National Partnerships at Soles4Souls.

So what’s Michael’s advice for anyone wanting to start their first shoe drive?

“Offer people a contactless option to donate and do as much as possible to engage with your community for support, volunteers, and donations. If you make it a fun event, people will come back to help you again and again,” said Michael.

To learn more about starting your own shoe drive, visit our website here.